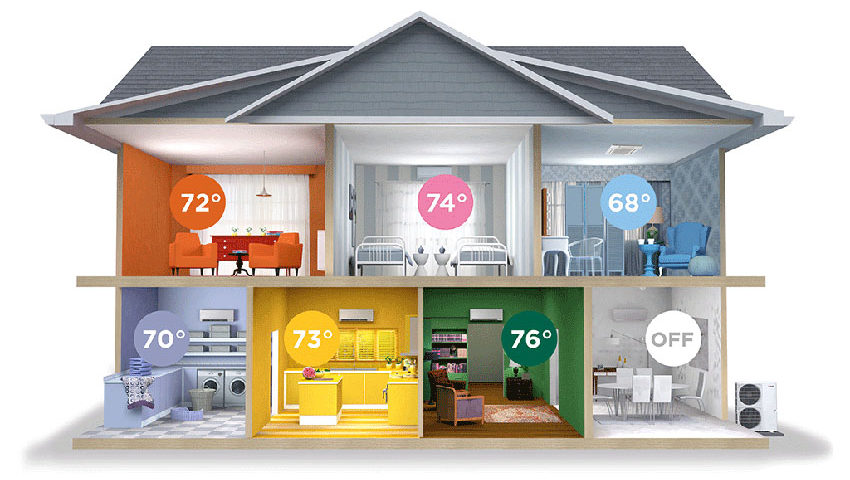 Did you hear about the term ” zone control systems ” before? You should if you are thinking about improvements to your air conditioning system. It’s essentially a series of valves and shutters installed in the ductwork of your centralized system that divides your home into individual sections (usually by room). Each section has its own thermostat and controls, allowing you to set the temperature in them individually, separate from the rest of the house. The system has some advantages especially here in Los Angeles, CA, where summer temperatures are high and air conditioning costs run even higher.

A zone control system lets you run your air conditioner in certain sections of the house. If you are occupying a certain part of the house during the day it will work for that part mostly. This cuts down on your energy usage during the hot summer months and will lower your monthly bills accordingly. The larger the house, the more this system will save you, since an air conditioner will otherwise need to cool the entire space instead of just a few rooms.

A zone control system lets you tailor the temperature in each room to fit individual tastes in addition to simply shutting off the air conditioning in certain rooms. If you’re watching television in a room with lots of sunlight, and someone else is reading in a quitter, darker room, you may each want to set the temperature at a different level. With zone controls, you can, ensuring that no one is too cold or too hot.

Increased Value to Your Home

In addition to its other benefits, zone control systems make a tangible asset for your home, allowing you to increase the resale value once you’re ready to move.

How to Change Your Home Air Filter

Did You Know? Your Ducts Need Cleaning